Alright I have observed people and they say that the support in this game is not that good. I can sort of see why. Because, when you report a player or anything, the mod gets it and they just say something like this: “We are working on it”. I have a few people complain about this, like, are they REALLY working on it? Also if they do work n it and they finish working on it, it gets done without notice.

Look, I understand the mods are very busy most of the time and work a lot but, my advice is, you can say “we are working on it” then when you are done, you can message that person again saying like “Hello, we have (whatever you requested them to do after flagging, reporting something), thanks for notifying us and keeping this community safe”.
Then they can even have a picture to further prove they have done it.

mods are human too, banning/punish player isnt what they only do, they also farm and make friends. They need their own free time too

I know. But to just make them more approachable and make the support better, what I said would improve their performance as a mod.

yup, but since PW have lots of player and we only have a few mods, they sometime need time to track and investigate the reported player since they too don’t want a false ban/punish to be given too. So basically tracking down 1 player are hard already, Imagine thousand of cases reported in a day with only few mods

Yes they can work on each of those cases, I am okay with how long it takes, and when that case has been solved, they can notify the person who flagged or reported on their conclusion

Also, mods volunteered for this for a reason, if they can’t even perform a passable job then why are they here? That’s right, the issue isn’t limited to only the lack of mods, it’s the way some of our current ones act as well.

It has come to the point where they simply don’t care. Look, it’s fine to have your own free time and stuff, but when are you going to deal with these scammers eventually?

Even if the scammers are literally doing it Live, some of them are going to hesitate before banning. It’s like dealing with algae in a pond. You know they’re there. If you don’t get rid of them, they’re gonna take over your pond.

Showing proof does not even help. Witnesses, video record, Discord messages. They simply wouldn’t accept your proof, and go “support@kukouri.com” or “Deal with it yourself”.

“Support exists, contact them instead”
Has anyone even got a reply for support when it comes down to scam cases? Sure, they’d reply if you’re accidentally banned due to a bug/glitch, etc. But scams? You either have to be really famous or have the scam case be worth 20+ PLs, then they MIGHT reply.

Note = I’ve had a scam case in my clan. Case has gone cold for 2 months, and the scammer (Code Name = “Hamster”) has not been banned to this day.

“Deal with it yourself” 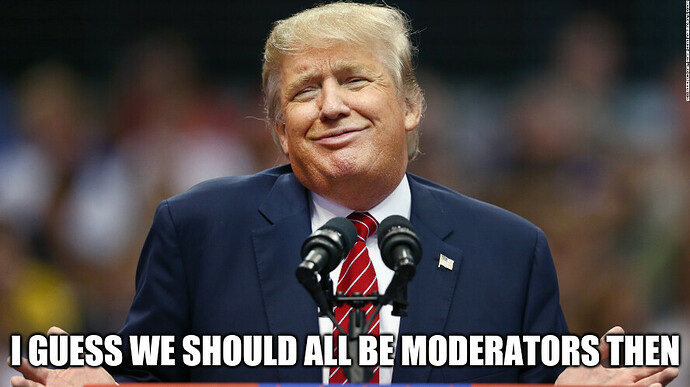 I would love a new rule that mods can actually deal with a rule-breaking situation as fast as possible without us having to email support.

Also, I feel that Support is slow. My friend had to wait several days to receive a reply and even with 30 screenshots, the scammer has not been banned.

Many Moderators are inactive as of now. If I am allowed to say it here, many moderators even closed their PM only to their friends.

Many moderators also don’t respond to urgent pings even when they were online. I tried contacting that one moderator with PM and many people even ping PW discord server about a live drop game but they stayed quite.

There’s nothing I hate more than when people play the “Moderators have lives” card, when you don’t even know if they are alive or not.

Are you talking about me or someone else?

Since when were you a mod?

I would love a new rule that mods can actually deal with a rule-breaking situation as fast as possible without us having to email support.

Mods can usually only take action on ongoing issues/cases. Even if you send them proof, they can’t just act on images or videos that could have been altered or incomplete. They’ll tell you to forward it to support if the issue is already finished and requires investigation that only the admins are capable of.

The thing here, they don’t even bother checking the proofs if it is edited or not. They rely too much on support when dealing with it, to the point they don’t do their job anymore. Most of them have simply become “bots” who spam “support@kukouri.com” when you ask them about a scam case.

The minute you send the proof, the mods would definitely go spamming that email address despite not looking at it for at least 10 minutes.

Note = I’ve had a scam case in my clan. Case has gone cold for 2 months, and the scammer (Code Name = “Hamster”) has not been banned to this day.

I haven’t really seen this happen as the mods I’ve sent proofs to investigated the case and took action. (They were on going)

That’s your case I guess. Mine was different…

if we’re still talking about the same person, the guy just furthermore proofed that he was guilty by leaving when someone just showed his ign