First of all, the evidence of reborn pixelians comes from the beginning cinematic when you make a new account. Here is a photo: 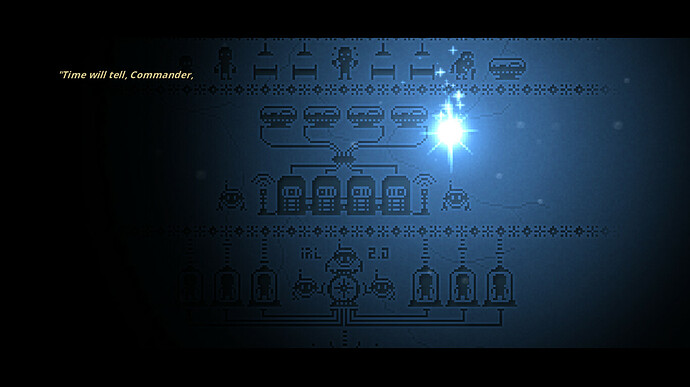 What it looks like is that the original Pixelians that are too old or passed away are kept in these capsules. They use these capsules then connect them to newer capsules. What I think is that they genetically modify a pixelian body while maybe the pixelian’s consciousness is transfered to that body. Then the tutorial world (as the modified pixelian) is to teach the old one’s consciousness how to use the new body.

What do you guys think?

This theory does hold some truth into it. Explains why Lost Souls exist, consciousness separated from its vessel.

Yeah, that actually can be true.

Yea thats right. Perma banned people’s consciousness is seperated from their bodies and Jack the pumpkin man (thats what ill call him) is like the keeper of the bad souls.

Every time your character dies, their previous data is re-loaded at the entrance, so essentially a backed up version of your data with the current memories

keeper of the bad souls

More like the person who represents the souls as a whole. 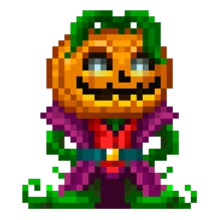 As you can see from his eyes, Jacko is simply a possessed pumpkin. The lost souls took the pumpkin because they had no other thing to use as their vessel. That way, he is able to build what we know today as THEBLACKTOWER.

The reason as to why Jacko collects lost soul is quite unknown, but based on my theory (not official), the lost souls are simply trying to take revenge on Pixel Worlds after they’ve been separated from their vessels. The cages in HALLOWEENCASTLE are simply an illusion to trick the pixelians that they are trapped. But as we know, a ghost can simply walk through mortal objects (unless a spell is put onto the cage of course). The more lost souls he possess, the bigger potential he can grow his army. Thing is, he’s in lack of pumpkin vessels.

Now, how do you take revenge on Pixel Worlds? By using the community itself to fight with each other. What does the community value? World Locks. Which Event Legendary Item has the MOST value? Right, halloween items.

By giving the pixelians limited and hard to get halloween legendary items, then they would fight for the items itself. Greed will possess them and finally bring chaos onto the land, in an unending attempt to scam each others halloween items. As more people scams, the more lost souls appears as they are getting perma banned. You should know where this is going…

I thought that funni pumpkin man was good

as we know, a ghost can simply walk through mortal objects (unless a spell is put onto the cage of course).

I do have one issue with this…
These are souls, not ghosts. We already have ghosts in-game, in the form of the prop, so I assume souls in Pixel Worlds are physical things, to some extent.

Hmm, yeah, I might be explaining it with the wrong term. But as we all know, the lost souls can actually pass through solid blocks.

This is shown whenever a lost soul spawns. It just wanders aimlessly, passing through blocks and stuff.

In the start scene you can see a spaceship where the pixelians are going to. So maybe the pixelians needed to abound their old planet but the trip was so long the pixelians got too old to start colonizing new world and the pixel boys bulided a lab where to genetically modify old pixelians and create new ones?

Just so you know in the future, you can edit your posts to make any necessary corrections, meaning that you don’t have to make separate posts/replies to correct yourself.

You should see a pencil icon to the left of the “Reply” button on your posts. If you click that, then it’ll allow you to edit your posts at any time.