Hello everyone, i am here to announce the opening of (possibly) the hardest jetrace world in Pixel Worlds named TRIAL 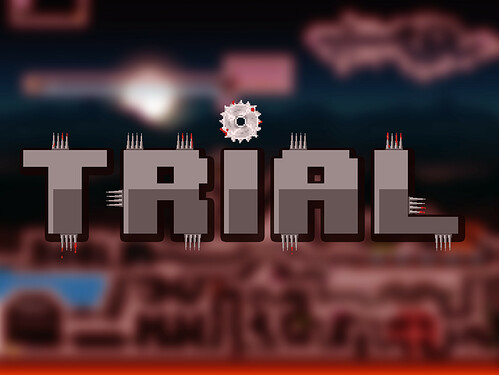 Well you’re here for the 5pl giveaway anyway so let’s cut to the chase:

That sounds like a lot of fun, but I have a question, if I disconnect do I have to start over?

nice but I am too lazy to record…and yeah

Ok bro i bet it’s impossible. The first stage is the hardest thing in my life

not a good idea making the first level extremely hard. Gonna take a while until anyone beats it. No chance for noobs to win either.

This might require pure luck and a tiny bit of skill

if I disconnect do I have to start over?

What do you think?

not a good idea making the first level extremely hard

It’s actually not that difficult, and i’ve seen mobile players do it pretty easily when testing.

No chance for noobs to win either.

This is not a WOTW attempt, it’s not intended for unskilled players.

Has anyone finished it yet to know that its actually possible to beat?

yes sieggy did in 2 hours i think? idk

Sooo, the winner definitely wasn’t Sieggy, and he definitely didn’t do it in two hours.
Anyways, here’s me giving my good friend (not Sieggy) 5pl because he is such a good friend

He was probably running a marathon while he did it too.

yeah, it was a nice park indeed. still were missing some flowers.

also i hope i won’t get banned permanently for the prize i recieved lol, then this thread is enough to give evidence

I will do it tomorrow
I will lose lol bcs im unlucky
Sieggy won?

Just to save myself the embarassment, the world is still extremely hard. Sieggy is just a different breed.