How did this raised so fast

so i just checked at my brother pw account, cuz he is 10 times richer than me 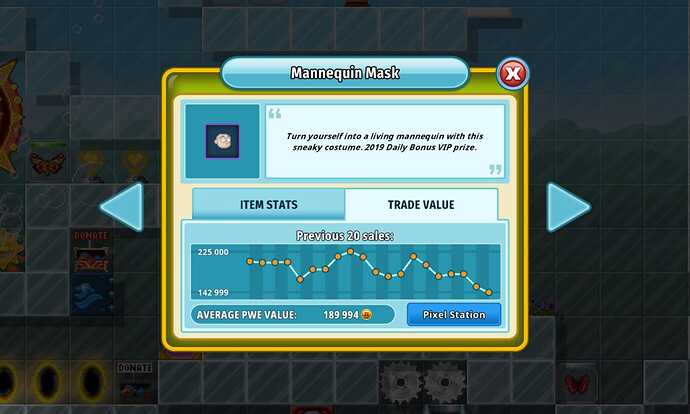 HOW DOES THE PRICE RAISED SO FAST???

It could be due to a lack of supply and high demand or someone increasing the price on his own by selling and buying this item. We can only speculate due to what happened prior with duped items.

The items prices aren’t really stable right now, for example dark sprite mask was by first 40m bytes the 17m bytes when everything dropped couple of days ago, and now it’s like 70-80m bytes.

Huh, i saw several players talking about those prices, maybe i was wrong

Even Dark Pixie Wings are just 40 million byte coins so they were definitely talking about other items.