How to add MUSIC into pixelworlds!

After watching jakes newest video he showed off NOTE blocks that were in the game but never implemented fully. 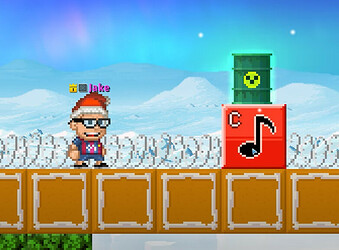 And i thought to myself, yeah i remember those! It would be fun to have custom music in the worlds to make them more custom and things, or at least more music options in general.

And at first i thought what someone else made a thread of recently; Putting it on a wire level.

How to implement Music notes into Pixelworlds General

hey so i had this idea for a while. for custom music in pixelworlds or little jingles in worlds, we could have music notes on the wiring level. Just attach a timer gate, a on switch and you can program your music like this! [image] And don’t worry about the music notes looking ugly in your world, they are on the wiring level, so only people with rights can see them

[image] you should be able to buy the music notes from the wiring section of the store. what do you think about t…

And i was like, okay okay. That’s a decent idea too, but im not so sure i would like how it works. Plus i personally have NEVER used wires in the game yet.

So how would custom music be added into pixel worlds maybe?
Solution; Music Sequencers. 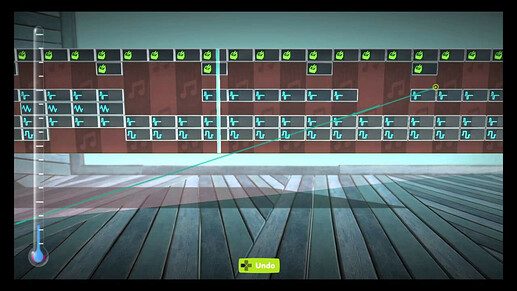 The above image is from one of my favorite games, Little Big Planet (little big planet 3 from the looks of it).

In little big planet, theres these music sequencer type items you can place and make your own songs with many instruments and notes and beats and tempo and timing and everything. 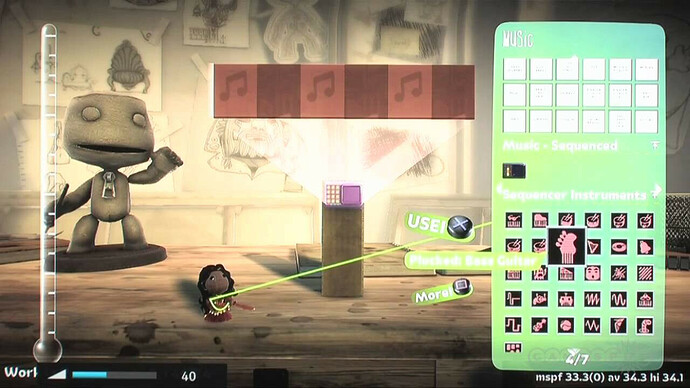 Something like this in pixelworlds would be amazing!
It could be some type of block, you wrench it, then it opens up some type of menu where you can make your own custom beat / song to play throughout the world, or at least on the nearby blocks.

The block could be music themed like a DJ’s mixtable or something, or maybe it can be a hidden block that works with wiring! Actually… that goes on to something ELSE Little Big Planet related… 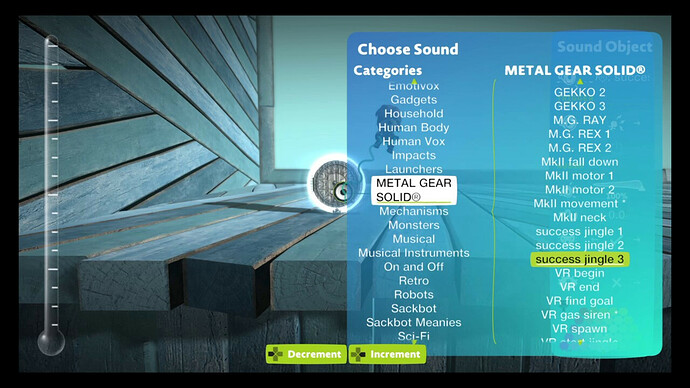 They had an item that played a sound whenever you got near it, or whenever it was triggered!
Pixelworlds can easily add something like this via wiring or something as well maybe. Using sensors, wire it to the sound thing. And whenever you get near the sensor it plays a sound maybe.

Anyway, i thought this would be a decent way to make custom music in pixelworlds if they were ever going to add it.

If not, i would at least like some more music blocks with maybe a bigger selection of songs.
Like a stereo or radio item, only you can wrench it and change the specific song its playing at least.

What do you guys think? Yay or nay! Comment your thoughts below!
Also, i play Little Big Planet on my PC, so if anyone had a controller and wanted to play it locally via parsec, lemme know!

What do you think?

Maybe the Devs already have the solution in minds?

I don’t think this will work, especially wiring timer gate only allows ON and OFF cycle of period 2 secs (1 sec for each condition). Considering music is much more fast paced, It’s almost impossible to be done this way. That, and making music will technically be 100x harder than simply actually playing guitar or some instruments and recording it. I’m not saying that we should have .mp4 file uploaded and player either, but this just shows how inefficient and clunky the mechanism is.

I don’t think this will work, especially wiring

Well i… didnt say this would work through wiring.
I mentioned that someone elses idea was wiring, and i mentioned that maybe you can connect the music to wiring to cut it on/off to to trigger sound effects if they added the sound effect thingy in the end.

But the music wouldnt be wiring in any way, it would be its own block, and have its own song-builder menu.

Like sheet music, you can lookup songs and transcribe them in a way to make in pw, or mess around and make your own tunes.

As a LittleBigPlanet addict (cough, profile picture, cough), I can say that sequencers are a super effective, and accessible method of creating music. Would be great to see this in-game. I even had the same thought while watching the video.