Is this too much clickbait!?

In my most recent videos thumbnail, I decided to make it look like I was blocked from completing the module. But in reality, I am just TERRIBLE at the Black Tower!
100% this is a clickbait thumbnail, but is it too much? Any clickbait is too much clickbait.

I guess it’s too much clickbait. But it’s barely going to do any damage to your channel if you’re worried about that.

100% this is a clickbait thumbnail, but is it too much?

I’d say that’s too ‘clickbaity’; If you have faith in the quality of your content then there’s no need to clickbait (at least not to this level).

I more or less agree with you, hence the post. But just to pick your brain. What are your thoughts on this thumbnail? Thanks for the input. And no need to apologize. I wouldn’t have made this post if I didn’t want someone’s honesty. But to be clear, it is the thumbnail that detures you. So what do you think about the title of the video then? Same thing?

The title is pretty fine i’ll say. It’s just that i don’t like clickbait one because they kinda force the viewer to watch to video and by watching it, the viewer expect something big.

Like in this case the viewer will surely expect you to use hacks to go through the block which you can’t pass.

Well… most of the time, clickbait thumbnails goes with a clickbait title as well…

No clickbait titles and thumbnails, it’s attractive videos i’ll say and i love doing my videos like that.

You can choose to do clickbait titles like you do with your thumbnails, but i’m pretty sure you will attract mostly kids by doing that.

I understand what you are getting at, and will take it all into consideration.
My initial intention was to make it look like either A) The player above me placed a block, stopping me from completing the course. Or B) The player above me had hacks and therefore could complete the course that I couldn’t.
As for my title, it was more so a joke on myself. Since I suck at the Black Tower, tried making it like. “I’m so bad, i’ll need hacks if I am to ever complete this!” kinda thing.
But anyways, thanks for your thoughts. Appreciated.

Titles like that can actually put people off from watching it.

No problemo to give you feedback.

The text on the arrow saying ‘SCAM’ and the inflated amount of byte coins make the thumbnail a bit ‘clickbaity’, but I’d say it isn’t as ‘clickbaity’ as the thumbnail from before. Still, not clickbaiting shows that you have confidence in the content you’re putting out and that you believe you can successfully grow a channel with it.

Also, to give my input on the question you asked @RetNos, I think the titles of both of the videos are fine.

Naah its not too much imo , i love your content tho. Keep it up

Then again, you are more conditioned towards clickbait, as some of your videos are ‘clickbaity’.
Not trying to sound rude or anything, just to clarify.

I suggest adding a thumbnail where its like the one you have right now, but instead of a block that’s blocking the way, add where you die at 97%-99% on the BT. 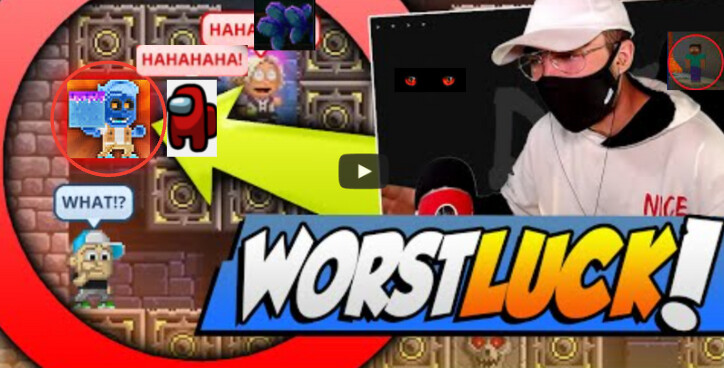 Hey Dkoi, I think that you should use titles and thumbnails that correlate with the content of the video itself. Adding something to the thumbnails and titles that are not related to the video will put people off.

Let me give you an example, I think you should change that title and also remove that “scam” word in the thumbnail.

My newest video, I tried making a clickable thumbnail. Without being clickbait. This seem more like what you had in mind? p.s. I know its not a PW video, but besides the point.