My theory about the BIG UPDATE 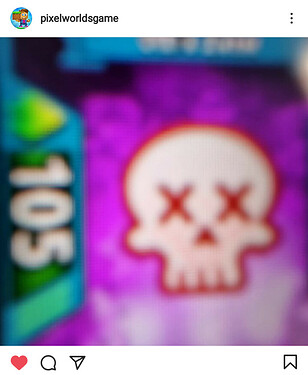 So Jake just posted this on instagram as a teaser for Pixel Worlds: Big Update. People were guessing on what it could be, some says it might be a new boss, a dungeon or a perk.

I don’t think it’s neither of those. Since Jake said they’re creating this “big update”, I’m thinking it’s somewhat going to be really different than the previous one, something new and unique, and it would literally make no sense if Jake posted a perk as a teaser for Pixel World’s big update, and the photo that Jake posted, kind of reminds me of card games.

Here are my speculations about the photo: 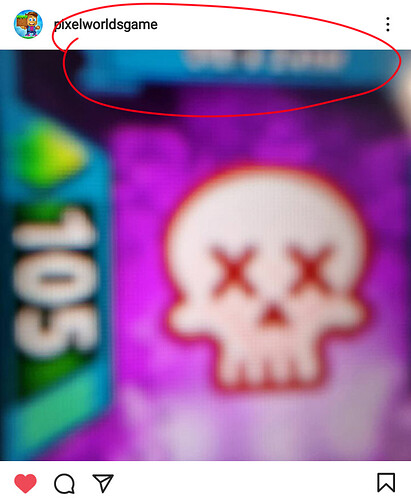 This would probably be the card’s name/title 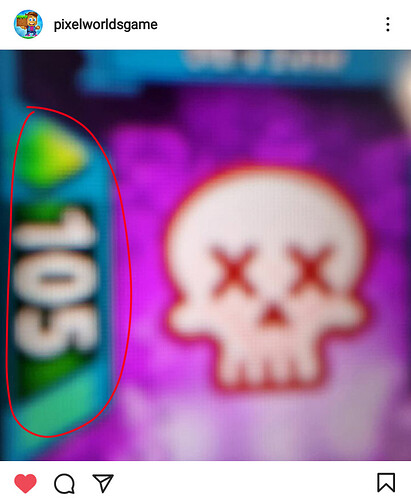 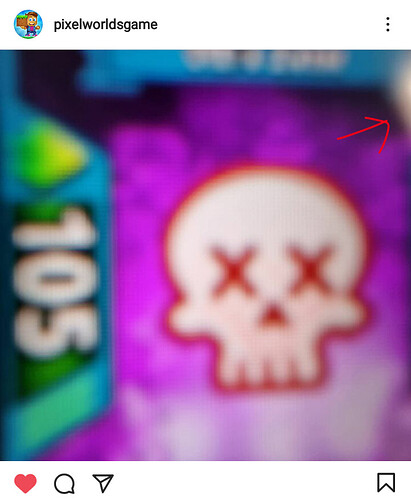 This thing on the right side kind of looks like a half circle so it’s probably the card’s number or something.

All of those stuff just like these card games: 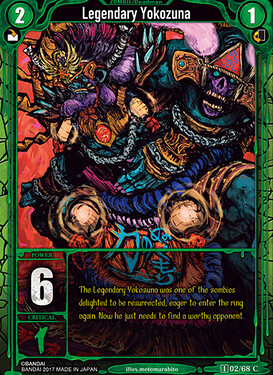 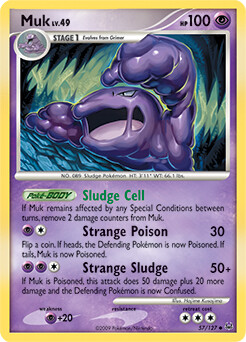 And with 105 points of health, and a skull being in the middle, this would probably be the most, if not, one of the most deadliest and rarest card that you will get in the game. I’ve also noticed that the background behind the skull kind of looks like a nether portal so does that mean that it’s going to be obtainable in the nether? Or something related to the lore, perhaps?

I don’t know if most of you know this but someone here in the forums and discord suggested a card game before, (here’s the link to the thread if you guys want to check it out:

We have a discussion about a card game feature every once in a while (there are some developers who really want it to happen). It would be an amazing feature but unfortunately the amount of work it requires is ridiculous.

I also remember Jake mentioning this on stream where he said that it would be a big update and would take long for the devs to develop/implement into the game and this “Big update” that is going to be online in a few months IS taking long to develop. Is it just a coincidence?

I’d love to here your thoughts about this!

Remember: These are just my speculations and theory about the new big update so I could be right, I could be wrong.

Whether it’s a card game or not, I’m still very much excited for the big update!

PS: If someone here on the forums is a photoshop expert or knows one, please deblur the photo or ask them to deblur it. I’d like to see what it says.

I just hope it does not turn out to be some pvp update. I genuinely do not think it would be worth the effort if it turned into that.

I hope noobs can play aswell, because like other noobs, I only have about 3 wls now

I would be happy if it actually a card battle

I didn’t notice this until I saw Cyruis’ post about it, big credits to him!

So now we know what the purple background is. Doesn’t it look like pixel worlds loading screen? 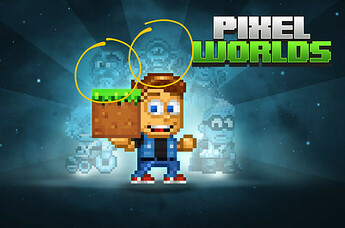 But why is there a skull in the middle though?

Unfortunately it’s impossible to unblur pictures in my opinion.
I’m actually not very hyped of card game,Hopefully devs let us explore it instead of showing all to us.
Plus I don’t see any npc back there, only a coral😅

Unfortunately it’s impossible to unblur pictures in my opinion.

I wouldn’t say it’s impossible, Jake’s image is just partly blurred, and you can still see what it is, unless if it’s a strong blur then it is impossible.

I know for sure that there is a way to sharpen it but I just don’t know how to do it.

I don’t see any npc back there, only a coral

Look more closely. I’ve even circled out on where the npcs were, try comparing them side by side and you’ll see it.

I think I can see demon altar npc but not nether vendor, but it’s just me. 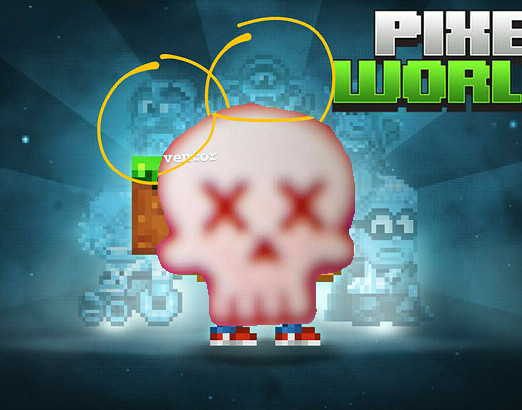 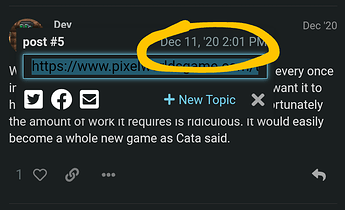 The Card Game thread suggestion was posted, and replied by Dev on December 11, 2020.

Do note that January 14, 2021 is right after Jake’s christmas holiday. Could it be possible that they’ve talked about it before the holiday and decided to mention it a month after?

It also seems like Jake likes pokemon (which also has a card game) If I remember correctly, he even sang the theme song of it on a stream lol 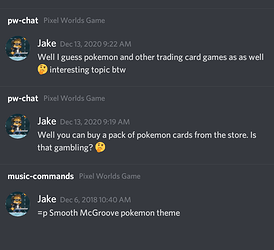 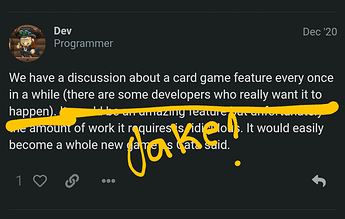 “There are some developers who want this to happen” Is he talking about Jake? Since like I’ve mentioned earlier, Jake seems to like pokemon, so was this update created for Jake? He’s also really excited to show us the update, and he even gave us 2 teasers for it. Which makes me think, is this all really just a coincidence or not?

I think I may be overthinking too much

I couldn’t see it on this picture either, but it was much clearer on @vanoyt383_pro’s thread, take a look.

I think this is a card General

lets see number = power or damage smth text blur up there = kinda like the card name the green thing near the number = arrow that goes -> skull = defeated card or smth purple backgrounds = ??? if this card battle it will be good

the moment when i found the skull…

That picture’s also from me

As you can see, my name is above the picture, which he quoted from my post from another thread.

That picture’s in this thread as well.

Sorry about that, didn’t even notice that it was yours. The linked thread is still much clearer anyway, because cutting out the rest of the thread made the image larger.

Sorry about that, didn’t even notice that it was yours. The linked thread is still much clearer anyway, because cutting out the rest of the thread made the image larger.

the moment when i found the skull…

It’s also possible that the update could somewhat be related to/about the netherworld. Considering that the skull is from the nether and like I’ve mentioned earlier, the purple background from Jake’s picture kind of looks like a nether portal which makes me believe that they chose the color purple for that purpose. 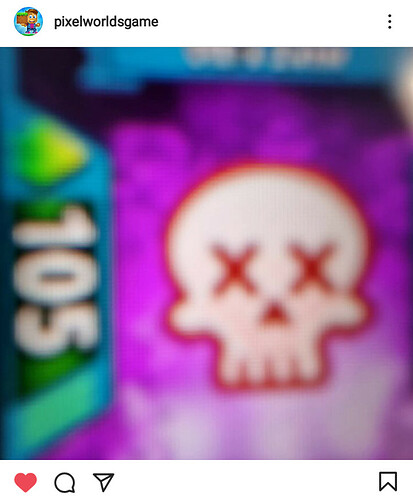