PIXEL TROOPER UPDATE
The dynamic world QUARTERS was introduced during the ?.?.? patch of the game. It is used for several purposes, such as: being the entrance to the Warzone, the ability to trade ​52 Golden Army Gears for new machine guns, and redeeming ​52 Elit Trooper Tokens to redeem a reward from the “Lucky Case” (located below the entrance portal).

WARZONE
Located to the right of the entrance portal, the Warzone NPC is used to enter a Warzone with collectable prizes. Joining the Warzone requires a dynamic fee, starting at 150 Gems and increasing further. Players are limited to 15 Warzones per day, however players with the VIP status may enter the Warzone 2 more times at the cost of 3,000 Gems per extra war. (for a total of 17 wars per day).

After paying the entry fee, you are brought to the dynamic dungeon world WARZONE. When you get into Dungeon, you’re going to wait 30 seconds in the helicopter for 3 more player, and if no one comes, you’re going to fall down in three seconds and then start.

RIFLES
Located to the left of the entrance portal, the Trooper vendor sells various Rifles to the player in exchange for Golden Army Gears and Gems.
You can use some realistic weapons that are already exist like: Ak47, Beretta, Golden Deagle, and more…

STORY
You are 4 soldiers sent by helicopter to the warzone on a special mission. Your goal is to get to the end and kill boss before he blows up the nuclear warhead.

RULES
Max 4 Players can join and the enemy difficulty depends on how many people you’re in Warzone.
When you enter Warzone, you are automatically given a pistol if you didn’t bought rifle from npc.
All Rifles and Guns has different sound,skin,range.
The reason you can’t use the other weapons in the game is because they’re so powerful and Its not that fun to kill Boss in some seconds.
Only the back item with glide feature can be used in Dungeon, sample parachute.
Players will have 2 life in total.
There’s a lot of modules where each module gives 10 Trooper Token, so by the time you get to the boss, you’ll have earned 100 Trooper Token.
If you kill the boss, you win 100 extra Trooper Token (200 Token In total)

LUCKY CASE
Located below the entrance portal, the Lucky Case can be opened using 1 Elit Trooper Token to redeem a random prize. This is the only way to obtain ​52 Silver Army Gears and ​52 Golden Army Gears as well as some army related wearables. There is also a legendary prize that will change every 3 months.

ENEMIES
Rocketman: He flies towards you and burnes you with a rifle in his hand.
Trooper Girl: If he sees you from a distance, he’ll start shooting with a rifle.
Bad Cop: He’s always on the move, and if he notices you, he’ll run at you fast and do high damage with the jop in his hand.
Mine Thrower: If he sees you, he’ll start throwing mines in the direction you are, and if you step on these mines, half your life will be gone.
Evil Commander: He is the boss, there are different types of attacks, he shoot with the tank, drive tank, call the rocketmans to his side, and if his health drops in half, he call the mine throwers to his side.

DYNAMIC BIOMES
You’re not going to the same world theme every time you enter “Warzone”, there are three kinds of biomes: Forest, Desert and Winter. These biomes comes randomly.
That way you won’t always see the same places and get bored.
The modules with the enemies will be with the same blocks, only the outdoors and weather will change.

FUTURE EVENT
In the future, zombie event can be added, which continues for 3 days per week. 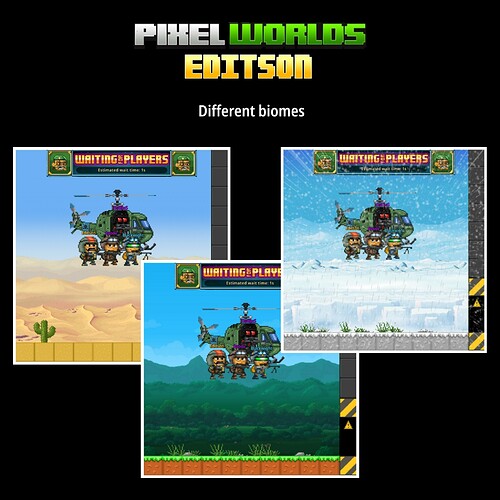 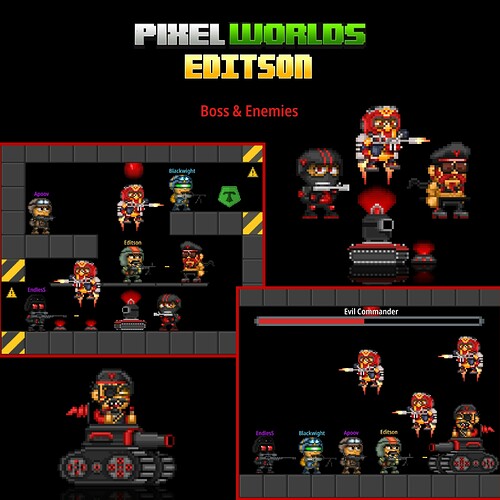 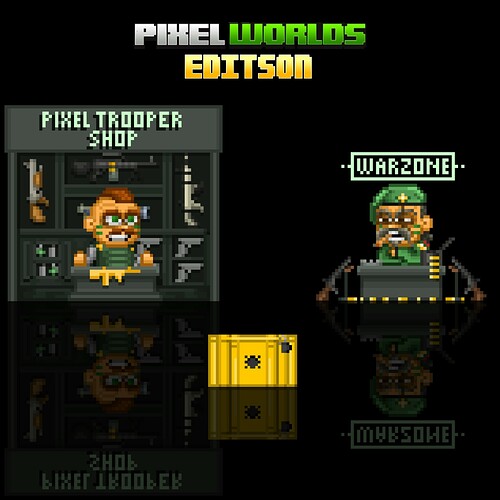 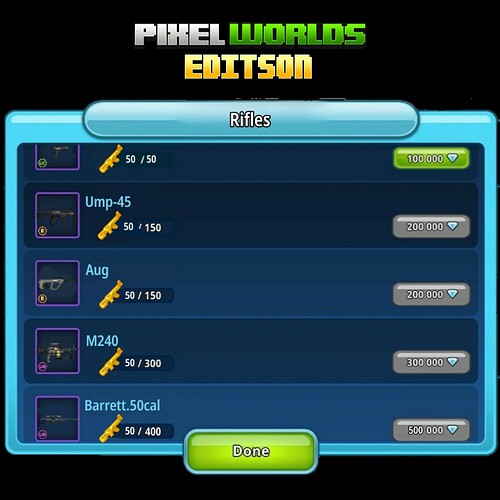 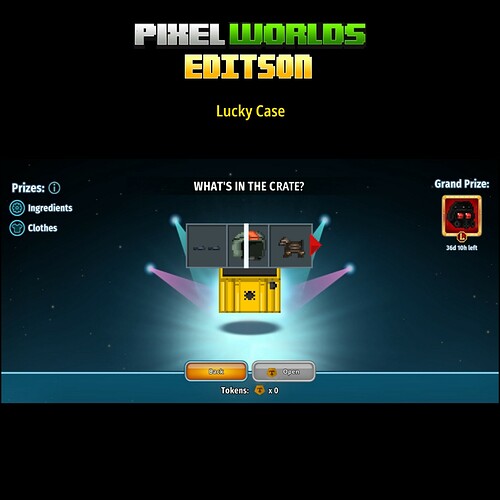 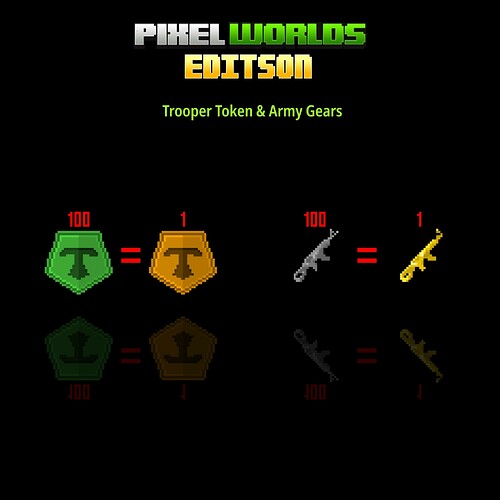 Interesting idea I don’t think we need another chest that scams us. maybe something different so it feel like a reskin. Also the entrance fee to get in also seems like a reskin.

loved the idea with case opening and boss with dungeons

Completely loving this, we should do tiny troopers/PW mashup!!!

This is definitely a very interesting one.

Its good one but not maybe"trooper" update all other stuff is very good idea!

Wow! Interesting idea. I’d like to see this feature inside the game.

Players are limited to 15 Warzones per day

I think that the world should be less cramped, like maybe you land outside and work your way inside of a factory/base i guess?

Tbh i don’t like the gold gun idea, maybe make the guns acquirable through materials from defeated enemies and crate? that would make it more engaging.