Disclaimer: This topic is not intended for being ironic or destroying Commander_K’s epic ideas. This thread is just a petition and if do disagree. Please explain it down below.

I, honestly don’t want to create this kind of topic. but my mind has to do it. The Update " Best Set Update " is giving a lot of disadvantages into it. People won’t listen to what theme is, if we add Skip button then it would be a disaster. revamping it would be a mess.

Sooner or later, players might’ve made a lot of alt accounts just to win
(Which Jake disagrees)

Sooner or later, players might’ve made a lot of alt accounts just to win 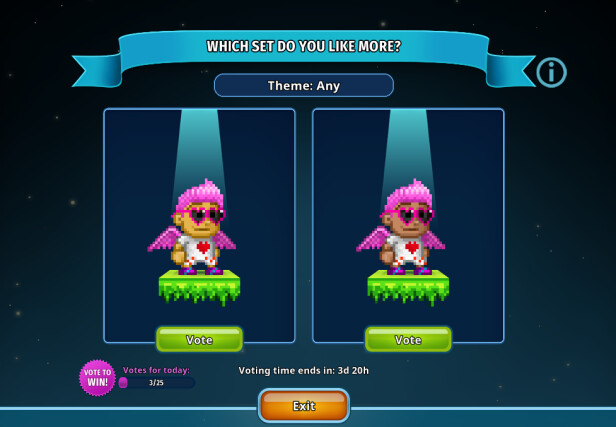 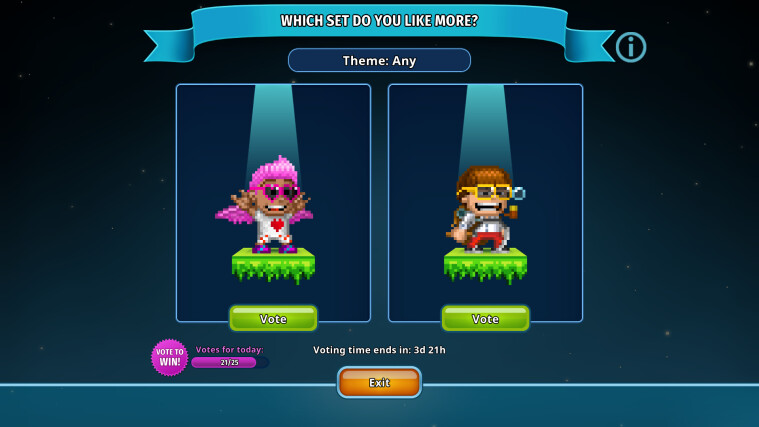 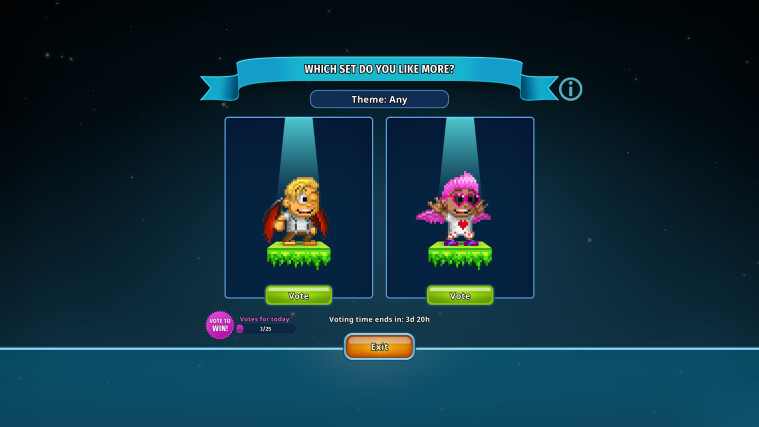 That is why I am petition it. If this was held via Instagram then less players will win.

What’s wrong with it currently? No bad, off-topic sets have won, therefore the best set system has had 0 problems so far.

I agree. I guess there are just players who gets annoyed when they see other players not following the theme or for other reasons.

Have to disagree with this one since the developers really worked hard on it to get it implemented.

What the devs could do is, as most people have already suggested, you would need to be level 25+ to enter the giveaway and I think that’s a better way to make the game more fair and prevent people from creating alts to enter the contest instead of removing the update entirely.

or just the level limit can come to the competition.

I know. But what I think is players will still find another way by leveling up their alts.

I disagree, I’ve been waiting for fashion to be a things in PW. Plus its new in game and there could be a lot improvement in the future.

The Update " Best Set Update " is giving a lot of disadvantages into it.

It’s not a Must to join feature, you can join if you want and not when you don’t want, you didn’t lost anything if you’re not joining :D.

People won’t listen to what theme is, if we add Skip button then it would be a disaster.

I disagree with removing it.
It could be fixed with skip/downvote or other features.
And how are we so sure that those are alts? They are probably diff people copying mr valentine then coincidence brought them together for you to vote

I don’t think it should be removed. It’s already fine as it’s right now.
That was just an exceptional case.

I haven’t read all of the comments so I apologize if I repeat something somebody else already had mentioned.

Do not take it personal in any way but I’m against it. You can never please the entire community no matter what you do or how hard you try. I, for one, even though I do find the troll sets annoying sometimes, I still like the feature overall. It basically made me log more often than I had been lately.

Even if you don’t agree with an update, as long as it doesn’t harm the community in any way… just bear with it. Some people might still find it fun ^^ Not to mention the work that has been put into it.

You also said people could make alts and level them up, I assume you mean the person with the same set. Please tell me how they’re going to win anything by doing that. Same set / more accounts. The problem is you don’t even know who you’re voting for so it’s useless. They could all get the same amount of likes and still not win. Not to mention the higher the number of accounts with the same set, the lower the chances for one to win either way. I know I wouldn’t vote for the same set 100 times.

Skipping and downvoting said by Jake would make things worse. Thanks for the replies everyone. Remember. Do not take my topic seriously.

pettion without a poll in the thread?

I would still recommend at least 5 skips honestly. It shouldn’t cause too much harm and it’s just enough for the 25 votes we’ve got.

No need, all I need is people’s disagreement.

Thank you for the decisions and replies.