I don’t know why they ban people. Innocent people get banned because of the problems that the authorized team can’t solve. I hope the bans will be opened. If it doesn’t open, many pixelians will leave the game. Definitely bad for the future of the game.

Maybe siskea can do that thing Jake did where he announced to all players, and it’ll tell players where to go to solve their problem, since most players in PW will have no clue what to do unless it’s stuffed down their throats with flashing lights. 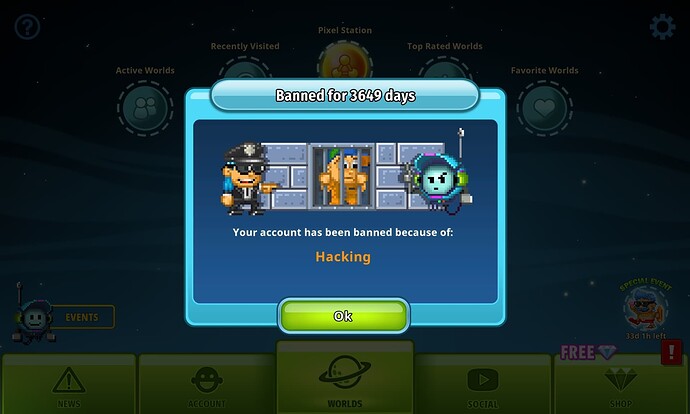 do things jake did

Yeah, I wish. CTALK seems to be a replacement for Jake’s streams but it seems to be missing all the charm.

Most likely from this Anti-Cheat thing, alot of players got banned because of how this thing worked.

I immediately knew what was going on until the global messages said their friends got banned because of familiars.

You know how many people really tried to riot and infiltrate in? Watch the news buddy.