Why i cant change nickname

I cant to change nickname at my account, what i need to do?

Yeah that is not possible atleast not at the moment. Jake was talking about a potential nickname feature but it’s not currently in the game.

If you were talking about forums there isn’t most likely gonna be a way to change it.

Wrong. Discourse supports the feature of username changing, but the admins have set the permissions to only allow admins to edit usernames.

What part of that was wrong, for the forums part I said there most likely isn’t going to be a way to change the name because it is pretty unlikely for it to come to the forums publicly. 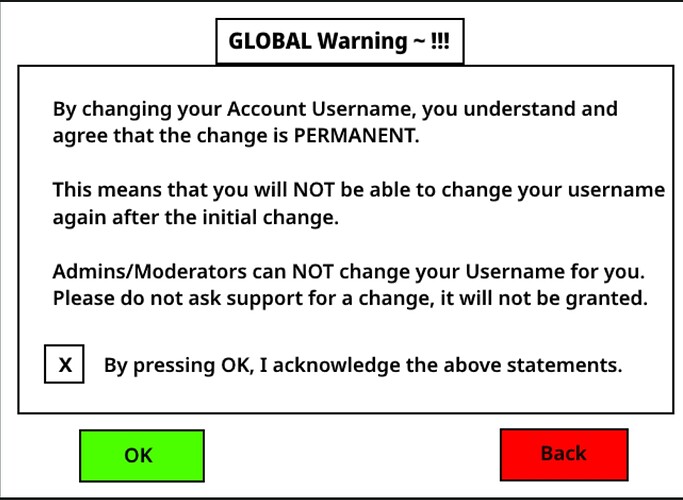