Why people should get banned for hosting micros

I don’t know what you mean by micros neither …

Go to world @bets. There you can see how they look like

I beg to disagree, P2P is obviously a sugarcoated form of gambling and should have been illegal.

what are micros anyway? 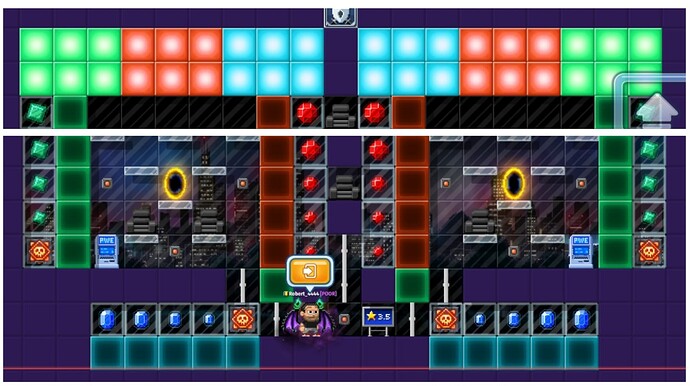 20221014_1710308771920×1076 176 KB
it is a luck based p2p game that resembles a fight between 2 players and how it works is that u press the button next to red to attack, the button next to green to heal, the button next to blue to block and the 18 lights at the top which colors dont matter rapresent the players hp and as expected the first to run out of hp loses
the actions u do by pressing the buttons result in completely random numbers from 1 to 5 for attack and 1 to 4 for heal and block by using randomizer wiring gates and unfortunately it can be rigged by bad hosts
1 Like
I think it's time to avoid P2P
Vaikas October 14, 2022, 4:24pm #11

This game qualifies as a skill-based P2P game. We can see that both players participating in this would have control over the outcome depending on how good they are in this game and if the hosts do not rig it. It would be luck-based P2P if the game is out of your control and based on chance betting on what might happen. I think the randomizer part adds more fairness to the game. It wouldn’t end when you know what to expect. This concept reminds me of the Manga Clash game.

did you miss this???

there is no skill involved in it, literally the same thing as breaking spike bombs in casino and the bidder with the higher number wins

Thats why they should be banned. Thats the same casino but in good design

Both of them should be illegal :}

there is no skill involved in it, literally the same thing as breaking spike bombs in casino and the bidder with the higher number wins

There is a skill involved in it which is strategy. In your description of the game, players have three options by pressing one of those buttons (attack, block, heal) that they can choose on their turn to defeat another player in the game. Not to mention that they can react to another person’s move. This game requires strategic thinking. It is nowhere near an actual bet where the only thing you need to do is pick a number and that is it.

You have never talked or engaged with one.

All drug addicted people, smokers and gamblers would say the same. For example ehat gambler would say: “ Oh my dear boy/girl, I make profit from it with some loses but at the end I still win”.

Thank you for sharing your point of view about micros.

I want to partially disagree with your opinion. Micros has a random element in it and too few controllable mechanics. Even if you are good at controlling healing vs attack, you might be overcame by attack spam only and nothing will help you if you get a bad random in any strategy, e.g. you heal yourself with a 1hp, attack with a 1-2 hp and your opponent spam attack with 4-5 rolled by a random. Will the strategy help you in this way? I doubt so.

However, i agree that a strategy element is present in micros - good healing and attack balance, knowledge of when you need to do one or other option will help you in winning.

There is a skill involved in it which is strategy . In your description of the game, players have three options by pressing one of those buttons (attack, block, heal) that they can choose on their turn to defeat another player in the game.

@moderators what do you think about micros battles?

Why did you ping all of them

Just ping RetNos. She’s the only alive moderator in the forums.