Should be a VIP item because of how it’s a much more interactive item that indirectly manipulates any world to the smallest degree. Definitely not a community item. We already have the stereos. A few minor edits to the sprite should do the trick. Rarity: Legendary
.
.
.
.
.
.
.
Account/XP Level Prestige

I want to say it’s like the Call of Duty prestige system (since it’s the most notable game for having the prestige system) but I have never played any COD game. Only played Valve/Steam’s FPS games.

Once a player reaches Level 150, they are able to reset everything for permanent rewards.

Warns the player with a notification if they’re attempting to reset their level.

**Note: Prestige level cap increases by 10 per prestige. Too easy if stuck at 150. Same amount of time to get even better rewards. Just like in other RPGs with the “Prestige system”, there’s always a increase in the max limit it takes to get to the next one. However, after every 5 prestige, 10 level cap increase is decreased by 1. Level 1 excluded. Prestige to Level 1 requires default level of 150. After a prestige, the feature is locked until the next level requirement is met again.

For personal Player Info HUD.
Same thing, but under Legacy XP Level and shows all the current lists and dates of when each level was obtained.

Basically incentive for players who want more out of leveling up instead of reaching the end and going no further. With each new relatively major update, there is a newest addition of prestige and rewards. Now there’s more incentive to leveling up.
.
.
.
.
Level Leaderboards and Contests

Like fishing contest but now leveling up is a contest.

Top #1 for all categories gets a unique potion effect “glow” + a red colored username tag until they are either “dethroned” or the cycle for Weekly and/or Monthly categories are reset. All Time #1 is indefinitely permanent until they’re “dethroned”.
.
.
.
.
Level Statistics Chart HUD

A private level up statistics chart accessible and located in the Player’s own Player Info HUD.

Shows the player’s current track for obtaining levels and how long it takes to level up as a reference for leveling up.

Also should show color coded icons for indication of what way levels were earned. 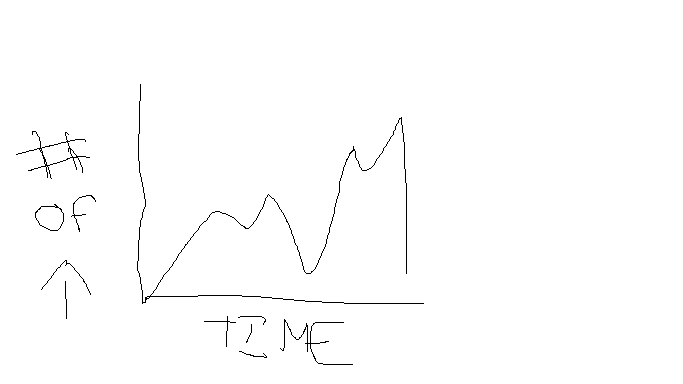 time is in hours by the way
or
Multiple charts overlay can be added to display past years, months, weeks, days, and hours.

left to right, past to present/future
up to down, level up rate fluctuations

The Pristige Level idea is good, thought of it aswell.

The Nether Grinder (who prestiged 20 times) : im now two dude fused in one body
.
.
for having 200% health points

But they would have earned it. No? That’s how the prestige system works. And since cheating the level up system is next to near impossible, it’ll definitely be well earned.

Unless said player directly hacks the servers and gets that 200% health points through unreliable means.