So I saw an item called TutorialSleepPod a few months ago, I thought it was an item like other glitched items; Spike Bomb(Wearable), Faun Ear Seed, Wooden Short Sword etc. and since I saw these items, I thought it would be cool to own something unique like that, then I paid a lot of Platinium Locks for it… I tried using it for few times, and I realised that it was actually a dangerous item which can make you walk arround as invisible, so I decided not to sell it.
When I was in world TRADE yesterday, I just wanted to see what would people offer for that item, so I showed it to anyone who wanted to see it, few mins after that ionas showed up, and told me that I can’t own this item, because it might cause me to get banned… So I gave the item to him.
Allright so I understand the point why this is not an item that we can own, because its too risky for someone to own it, but at the end of the day, I’m the one who is being punished for what hackers have done, I’m the one who is losing here, it that even fair?

Well technically you shouldn’t have bought that hacked item in the first place, items like that

Are obviously not meant to be obtained by players

There were numerous warnings about buying those items just out of curiosity how much did you pay?

You shouldn’t have bought that item in the first place. Sure, you may have thought it was just a harmless, random glitched item, but when you found out that it had could be used maliciously, you should have just given it to a moderator. Of course ionas would not have let you keep it, as you had the potential to scam someone. So yeah, it is quite fair that it got confiscated, and it was fair that you paid the price for it.

How am I supposed to know that?
There is a wearable spike bomb in game, glitched fireball shooters, unbreakable velvet ropes and more unbreakable blocks, unobtainable seeds…
I thought it would be fine for me to have it. I also didn’t know it was making us invisible.

I gave myself a break after halloween, and only few days after I returned I saw that item, and just bought it, didn’t see any warning before buying it… I paid 10 Platinum Locks.

Well I guess this is a lesson for you not to buy suspecious bug items, sorry tht u lost the pls tho

As I mentioned, there are more glitched items in game, they might not be dangerous but there are still more glitched items, and I didn’t know this item was dangerous when I bought it, and ionas just did what he had to do. Point is I don’t feel like its fair since I paid for that, I’m okay with my item being confiscated, but it would be cool if I get something to replace that

You shouldn’t buy any glitched items in general. They’re not actual items and there’s always the possibility of that item being removed from the game. It’s your own fault.

I think it has been placed in world MF for so long, even Jake has sign in that world.

sorry tht u lost the pls tho

It’s your own fault.

Maybe, but I’ve seen so many glitched items that are not confiscated, thats why I thought it was fine.

Alright, I see what you mean. It is quite unfortunate that you had lost your platinum locks, and I do agree that it would be nice if you could get something in return. However, I’m not very sure if you would be entitled to compensation. But yeah, from now on, just be wary of those weird looking glitched items.

it would be nice if you could get something in return.

just be wary of those weird looking glitched items.

Thats what I’m going to do now.

Be glad you didn’t meet an admin, because they won’t do this stuff and straight up 3650d ban you.

Well, to answer everyone’s possible questions, a first hint that something is wrong with that item is, if u check info it says “Info item missing”. Second of all, glitched fertilizers, wearable spike bombs all these items were available to the public and they just got glitched due an error, while the TutorialSleeping Pod, never meant to be in the game. It was supposed to stay in the tutorial and nowhere else.

Be glad you didn’t meet an admin, because they won’t do this stuff and straight up 3650d ban you.

ionas probably told the person who gave was me so…
I wouldn’t get banned for something I bought which has no warning on information.
I’m not the one who made that item, or who got it with ‘‘hacks’’ or with ‘‘bugs’’.
I bought it with my own Platinum Locks, because I thought it was fine after seeing other glitched items not being confiscated.

if u check info it says “Info item missing”.

I thought it was all the same.

while the TutorialSleeping Pod, never meant to be in the game.

Is that not possible to remove that item without finding everyone who owns it? Because I think this item is in game for so long now.

It was supposed to stay in the tutorial and nowhere else.

I guess thats right, as I understood we were getting other glitched items with ‘‘game errors’’, but this one was being obtained by ‘‘hackers’’. So I’m really okay without it. At least people who see this post would never buy that item

Now I think I shouldn’t get anything to replace that item, because if I get something, other people who owns that item might ‘‘fake sell’’ it to get stuff from admins

Let’s just say that people in other games have alot less luck.

And by the way, in that game, people can donate you money. So you can get banned even if you did nothing. 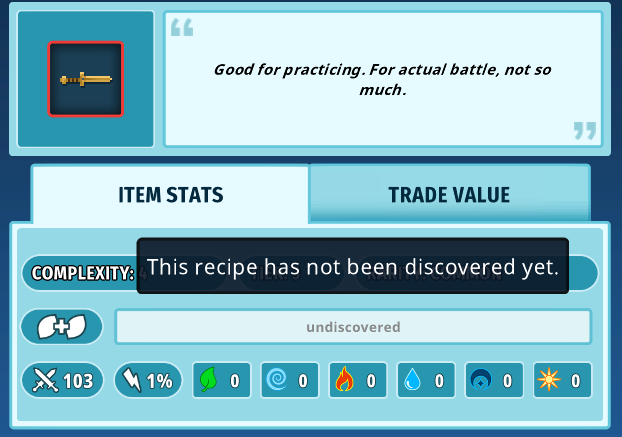