If you say so, nevermind this topic and if I did anything wrong (breaking rules) I’m sorry for anyone who got bothered.

Have a nice day.

I don’t think they’ll actually remove the NPC, but just move it. That item doesn’t look like it would replace the npc, it’s probably something like a scoreboard, most likely shows every best set winner.

The most concerning thing here is that something as petty as a no-name kid being ignorant on social media is regarded to as homophobia by you.

They wanted attention - They got it, because you thought it was a great idea to give them publicity by posting this on the forums and then calling it homophobia.

You stating that “I really hate that they changed npc because there were too much homophobic people…” is pure speculation from your side, there is nothing to point to your conclusion.

As the rules state:

“Do not post any content relating to religion, politics or socioeconomic issues. Those are all important subjects but this forum is not the place for those.”

The rule exists for a very good reason.

We don’t even know if they’ve removed the NPC, they probably just moved him to a different location.

From what I can tell, the icon above the best set sign is the leaderboard icon, so this image most likely means that we’re getting an update to the best set feature that will include leaderboards in some way.

You can tell that it’s the leaderboard icon because you can compare it to the fishing leaderboards icon. 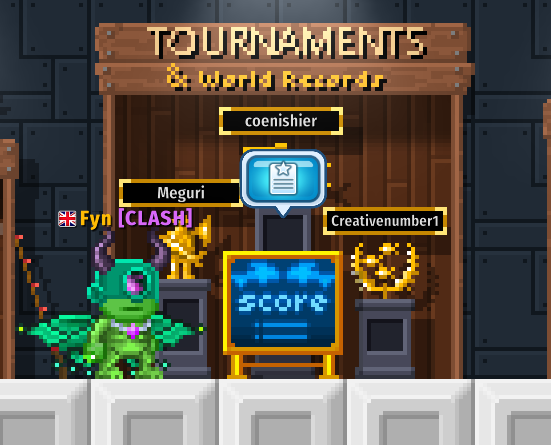 Edit: Just had a thought, I’m not sure if having the usernames of the people on the leaderboard visible is considered to be against the naming and shaming rule, even though it’s not under negative connotations, so just tell me if it’s against the rules and I’ll be happy to block out their names.

I don’t think that’s naming and shaming, because the player is get recognized for something good. Not being shamed for scamming or something else bad.

Sorry if anyone got bothered in this topic.

I don’t think it is, but just in case. Rules can be weird sometimes.