If you think about it, SpotPass wasn’t ever used outside the window where Jake was leaving and sending SpotPass messages with stuff like interesting stats.

Nintendo still has Swapdoodle on the 3DS, which lets you send drawings via SpotPass to registered friends. The recipient then downloads the note via SpotPass, and loads it when they next boot Swapdoodle.

It’s honestly quite insulting that the admins have been promising us a messaging system for ages, and when we finally get it, only admins can send messages.

I suggest it doesn’t just pop up on your screen like that, cuz 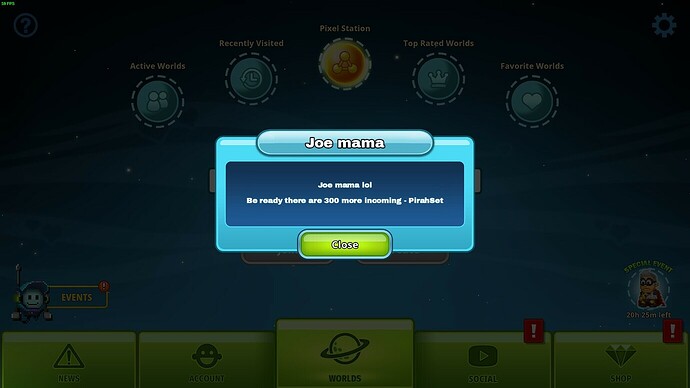