One last art for Jake and the devs

Thanks to all the original developers for being there. I’ve been a fan of Pixel Worlds since the very beginning (or even before the beginning if you consider the beta times).
Each of the developers have been great and brought a lot for the community, imo.

I’m glad they all decided what’s best for them and to go and do more things that they want to do in life. Everyone deserves to express their creativity in more places than just one.
Honestly I kinda teared up a little after this last livestream lol, but it’s great to see Jake and the others go do bigger things, y’know?

But I won’t forget what they’ve done for me personally, though. For example, EndlesS has helped me with my early years of learning Pixel Art, and now today, I work on my own indie game projects.
Jake has indirectly been there for me for many years, I even remember bingewatching his livestreams when I was sick one time. I’ll definitely try and follow these developers on their new endeavors if I can, I’d love to see how else they can express themselves, y’know?

But yeah I made this one art piece for @Jake and the others. It’s heavily based on the ending panel of JoJo Part 6: Stone Ocean, which is why they’re all kinda up there like that.
I know I pretty much quit the forums but I had to post this lol.

Amazing art, will be sad to see them gone. Wish them the bests of luck in the future.

Great art, even tho our hearts are being taken, let’s wish the best for them in the future.

i was tearing up behind the screen when jake announced him leaving, i wish i had returned to pw earlier and spent more time here with these amazing devs and community we have, they will always hold a special place for me.

I couldn’t write it better, what a nice art!!

It’s nice to see them step on a new path in their lives.
Ahhh what a ride it was!

cannot draw, but I would something like this if I could

All artists like you and me should make a piece before Jake leaves, that would be awesome :))) 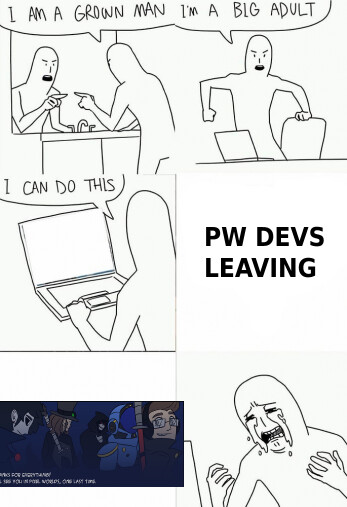 I admittedly teared up a bit during the stream lol

I teared up on the stream, and then 4 hours later I did so again

I don’t know how to feel about the game now, on one hand I’ll be playing the same game, but on the other hand it’s no longer developed by the same people

Tbh during the stream, a little sadness overtook me because I will miss that Finnish accent of Jake’s and the “I’ll See You in Pixel Worlds!”. It would be more tragic if he said that one last time.

Idk about the game tbh, I wouldn’t say I wasted my time on it, but idk

We will just hope for the best from the new team

Jake will always be part of PW history. It would be sad that many new people won’t know him if PW still goes on in the future 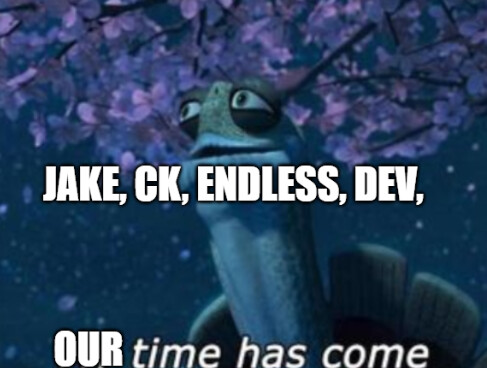 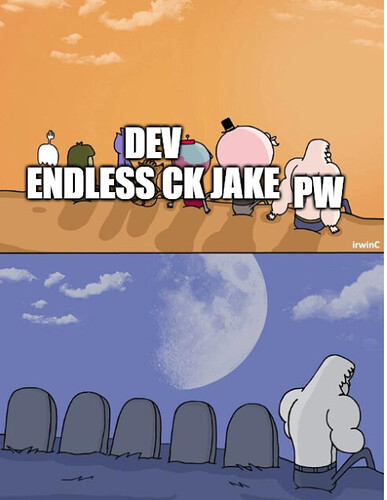 Dude, this making me cries

You have very good drawing skills.