To game developers out there who read this
I would suggest you guys to make byte can be exchanged to world locks at the PWE Vendor.
Reason :
-People are selling world locks for 300bytes
-when people are selling fgems the world lock price goes down to 250bytes
What will happen if there’s problem like this?
-world lock price will rise
-most fisher will rip 50byte or 500 gems
-There will be less profit in fishing
-Fisher will have a hard time to find world lock seller or they need to buy world lock at shop for 3500 gems or 350 bytes making fisher will have hard time to profit

Its because people don’t buy wls with gems.

Well then it just becomes like trading wls again 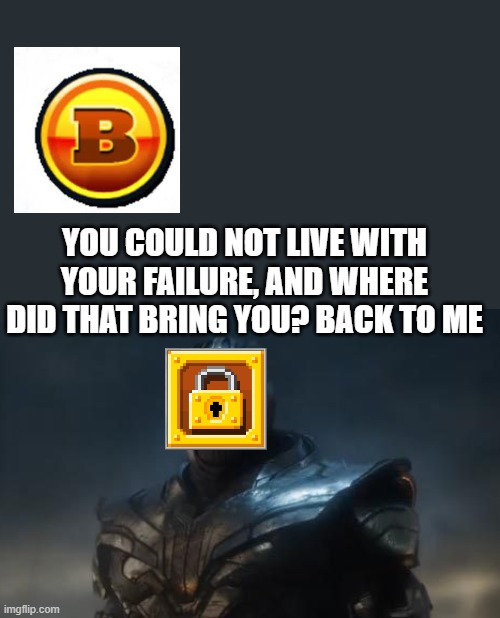 The developers don’t want to prevent world locks being traded at all costs, they just don’t want them being the main currency confuse the new players.

All of the trading would still be done with bytes and would not confuse the new players, we would just be able to then trade our bytes for world locks.

It won’t confuse the new players because stuff still wouldn’t be traded for world locks.

I never said that. I just said that if they don’t want them to be tradeable, but still allow them to traded, then its literally the same thing

I just said that if they don’t want them to be tradeable, but still allow them to traded, then its literally the same thing

No it’s not, since it wouldn’t confuse the new players, because the actual player to player trading would still be done with bytes.

I would understand if they made it so you can do it through the vendor, but if they chuck it through pwe it just doesn’t make sense to make an untradeable item tradeable through something else

Yes, the vendor, I meant that it would be done there

If they are gonna make them tradeable to eachother, they might as well make wls tradeable again.

Ah, then that makes sense

If they are gonna make them tradeable to eachother, they might as well make wls tradeable again.

I said not to do that tho.

the actual player to player trading would still be done with bytes.

What’s the harm in losing 50 byte even the poorest of the poor wouldn’t mind that.

Also you should only both to sell fgems once you have like 100k.

i mean…theres more pw player that just play…you need to think of newbie even 1bc i hard for them to get because they know nothing so when they try to fishing profit and selling 1k gems they do not profit because of 50-100bc gems cost to buy world lock bro…think bro…its important and can change the game…you already pro but how about newbie?

If they only have 1k fgems they can easily sell them in trade.

nope if they using bamboo

Using bamboo doesn’t give you any profit so they are already losing bytes anyways.