A hat that belongs to a certain magician. 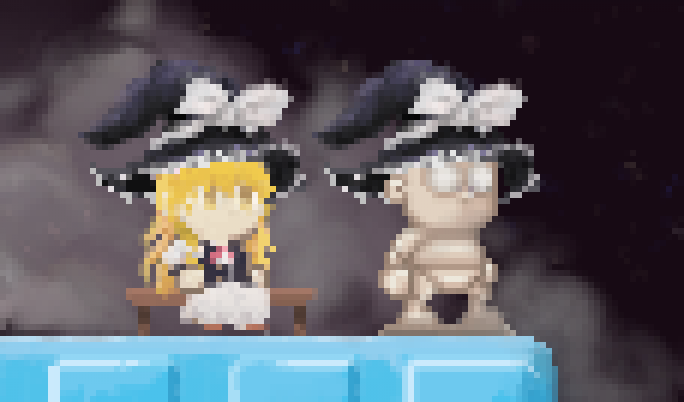 There is a hat of a witch hunter, but no hats which belong to witches.
Originally I wanted to just buy similar-looking clothes to match that certain character and just draw a hat on top. Although I found nothing similar so drew those as well.
Afterwards, I just took a mannequin from a game and put that on top.

My man smile70 is not wrong very cool pixel art, try to make your pixel arts like EndlesS’ if you want them to see in game (like everyone), because realistic looking, shadowing, the light should come from above and try to make cool items that you wont be surprised to see in Community Items page. These infos will help you, I hope.

Thank you! I only drew it for fun though. Because the game franchise I’m referring to is known well enough, I think its just a matter of time until its reference will be added into the game. There are already so many items added as references to games, movies and known things… I believe when that comes, the artists over Koukori would do a way better job creating a proper item to make a reference.
Thanks for the tip though. Just out of interest- part of the items in-game has the light source coming from slightly top-left which can be seen well with coloured blocks and clear jelly blocks, etc. I wonder if that was intended or just happened overtime when adding more content.