You became a multimillionaire. How much money would you spend on pw?

If you ended up having a sum of 5.8 million, how much money would you spend on pixel worlds?

each event every bundle that seems nice and usefull to me.

I suppose I could negotiate with the new CEO, get it for half the price, or get the company with the game.

Because you’ll get bored really quickly. It would be a huge waste of money to pay millions just to purchase a game and own as many items as you want. Is pw really that awesome? It would be a better deal to buy billions of gems instead in my view, then you would have a goal.

The correct answer would be 0 dollars, not: I would spend it in getting a better pc and playing a better game

i would buy kukouri for 650k, become the new CEO and the only tier 3 influencer, have a set made after me, become the richest player in the game, spend alot of money on advertising, invest in a new game made by kukouri and buy smaller indie game companies to join kukouri. i would be left with about 2mil spent but hopefully it would be reimbursed by investments.

None.
Why the hell would you spend money on some pixels when you could spend it on something useful instead?

Looks like someone has a better idea for the game

if i’m a multimillionaire why would i play pw? anyways let’s say i playing i’ll not spent on pw just a waste.

because it’s a fun activity

Considering that I purchased Kukouri for half the money, a quarter of the money would go into:

And the remaining quarter would go into other stuff. 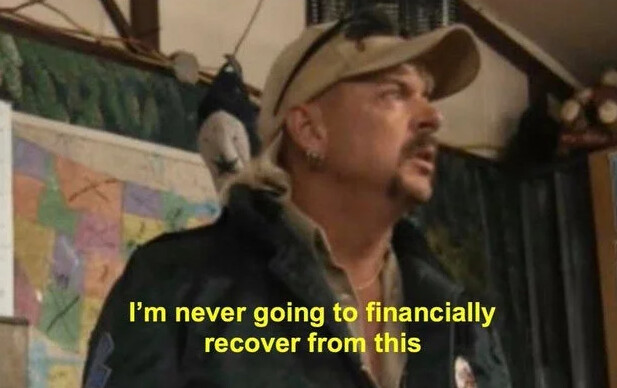 servers would need more TLC imo, and i like the idea of a network like EA or Xbox

i would spend 2k on pw, then save the rest for my personal businesses and investments