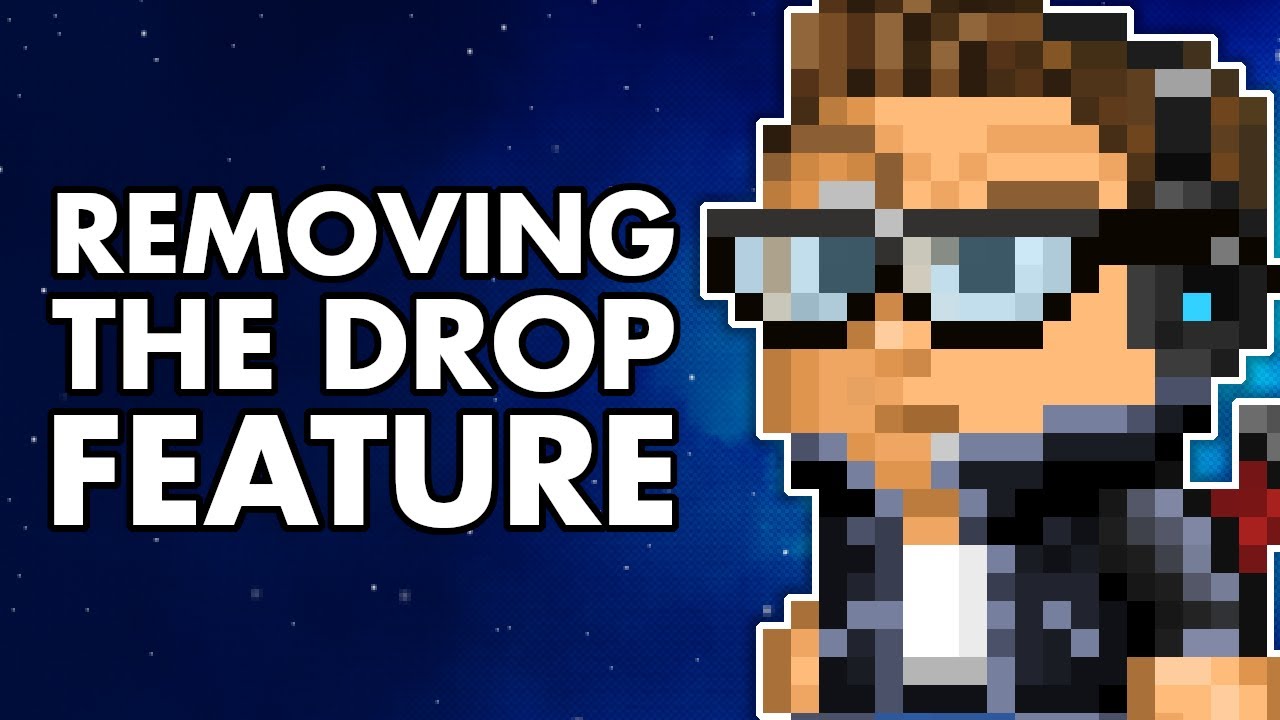 Should the Pixel Worlds developers remove the drop feature to prevent scammers from scamming?

YOOOOOOO.WAIT are you sure jake will did this? and there will be NO MORE banning scammers video

It’s only an idea of his. Only time will tell if it will ever happen.

Removing the drop button option will make my backpack hurt.

Although it’s a good idea to remove the drop feature entirely, I guess people would still be mad at it being gone because the amount of inventory space is not really enough for us and don’t have much time to put everything individually in chests or safes. But I think maybe the devs would add more inventory space or like a backpack thingy or something in exchange of removing the feature

Anyways, great edit as always! Keep it up. I couldn’t really watch Jake’s streams since he always tend to start one when it’s midnight from where I live so I always find your videos very helpful.

It would be chaos if the drop button was removed in other worlds. How else would I clear my inventory when at my friends world.
But being serious I do not think it should be removed!

This definitely would eliminate possibilities of being scammed through means such as drop games, but there are also quite a few issues that would need to be reworked in order to make this more “noob friendly”, as newer players do not have immediate access to small chests, safes, or quantum safes to keep their items stored safely.

(This post was made before watching the video, I will edit this if my mind changes on any of the above topics.)

the pros and cons of removing drop feature :

Definitive answer: Disable dropping feature to visitors/admins/minors IF the owner is below lvl 25.

so the people who host dropgames on their alts have to go through an unworthy process for something like that, and that’s it.

The edited highlight provided no context. So if you didn’t watch the stream, I’m not sure you’d know he was being sarcastic. He doesn’t want to actually remove the drop feature lol

Simple answer is, that you need to have minor access or,
full access to the world, before you can pick up dropped items in the world.

The edited highlight provided no context. So if you didn’t watch the stream, I’m not sure you’d know he was being sarcastic. He doesn’t want to actually remove the drop feature lol

He mentions it twice on stream: 00:11:55 and 01:20:35. He explains it more at 01:23:00 and he doesn’t sound sarcastic about it all. I’m sure it’s just an idea he’s throwing out there for the community to discuss about, and it’s something they won’t implement without feedback.

Simple answer is, that you need to have minor access or,
full access to the world, before you can pick up dropped items in the world.

They could still technically drop, and the others and people with minor rights can still take the items so I don’t really see the point in this

Definitive answer: Disable dropping feature to visitors/admins/minors IF the owner is below lvl 25.

It’s clear he’s throwing the idea to the community for discussion, and he’s certainly not being sarcastic about it. He mentions it twice in the stream. The first time was after someone suggested for a multi-drop feature. The whole “removing the drop feature” wasn’t said only because someone mentioned being scammed. Of course they wouldn’t implement such a thing without community feedback, and that’s pretty much why he lightheartedly threw the idea to the community while thinking about it himself.

NO. Growtopia already has a feature where there is one “magic item” (I forgot what was it called) and once you drop an item in there, it just stays there forever until an admin picks it up.

Also, there will be no more banning scammers videos. They’re such awesome videos and they’re part of my youtube video whitelist, as I do not go to youtube unless it’s to watch a whitelisted video due to the excessive amount of straight up clickbait and the youtube layout getting worse with each “update”.

Please Jake, don’t. I love banning scammers and I’m always excited for the next videos as you show exactly what you promised instead of having the thumbnail as clickbait. I also love how you troll the scammers and then at a point reveal yourself and surprise all the scammers lol.

My own answer is: remove the drop feature completely.
Now i personally don’t find the need of it since we have safes and small chest, anyone can have access to a small chest or safes due to how inexpensive they are, yes the drop feature is a main feature but considering what we have it’s much better IMO to just remove it, that will eliminate drop games, a big problem even growtopia had suffered from it badly, and the same as pixel worlds.

Mainly why didn’t growtopia removed it’s drop feature because they didn’t have safes untill 2018 or 2019 (don’t remember), even then the safes are expensive and they can only hold a stack of items.

Unlike pixel worlds where we have small chests and safes that are inexpensive and accessible to everyone, and you can store stacks of the same item unlike growtopia, i think drop feature should be removed forever.

Who even gets scammed by dropgames who lol your a huge idiot if you get scammed by one that’s on you they don’t need to remove it at all.

Even if it needs level 25 or has to have access to the world, scammers always finds a way.

Safe and chests is a little but expensive. even worse if it’s a new player playing and dosent even know everything.
I make storages made out of dirt and door, it’s where I drop my items orderly. Although there are chest and safe, the inventory for the each of them isn’t enough.

I accept to “Cant drop in someone’s world if it has no access”, “more inventory” and or “more chest & safe space” (my suggestion at this thread) but without the drop button, it’s literally a torture.

Make only World owner and admins full access can drop. add on Access removing has delay 5 mins & Warning about it activates only when player is online.Add that Admins cant be banned from world.
Add WL remove Block while there is Admins in Lock. Add Clans full edit and 6 ranks making Co-Leader(editable with full access). Rest 4 ranks with editable demote,invite and kick + edit details ( info board on every player )