Oops, sorry. Can you ask your sister if she is intrested in being interviewed?

Are you trolling me right now? Is this photoshop? So you’re telling me she also has red rubber boots? It looks like it’s not in the correct spot. Post a picture of you wearing red rubber boots and ucut long red hair.

what do you mean by that red boots. its like yello rubber boots and same crossbreedable. I dont sell it cuz no worth

VeryTall is very shock because the hair and shoes are very very limited and very very very expensive. how did your sister even got these? only the ppl who created an advertisement shoulve got one of these.

Yeah, I am very shocked. The chances of her sister having BOTH of them is ridiculously slim. It’s more likely for it to be photoshopped.

I don’t know what makes the ucut long red hair rare, because according to the Pixel Worlds Wiki, it was available from the rare hair pack 3. 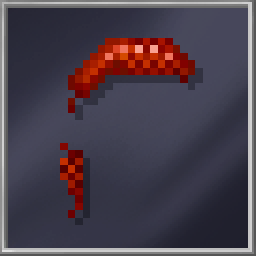 
When it comes to the red rubber boots though, the sprite definitely looks off-centre, but maybe that could just be something that the developers have neglected to fix because barely anyone actually owns the item, it isn’t really upsetting anyone if it does look like that.

There’s a good chance that this is photoshopped though, if both of these items are as rare as they’re said to be by you.

The wiki is wrong, it was not obtainable from the rare hair pack 3. You can check rare hair pack 3 opening videos and you won’t find the hair. The hair has no sales on PWE. The hair was probably meant to be in one of the rare hair packs but the developers didn’t add it for some reason, maybe because the pack already had 15 hairs and they couldn’t fit 1 more.

Interesting. The Wiki does use the description of the item, and if the hair was intended to be obtained in the rare hair pack 3, then it’s likely that the description would say so, so it makes sense I guess. Considering the description allegedly says “For stylish vikings!” I’m surprised that it wasn’t just put in the viking booster instead.

Seriously, if this is confirmed then ill send this to our wiki-editors or @Freak.

what limited are you guys talking too

Why didn’t you guys tell me red boots its hard to ffind?? okay im dead once again

Red Rubber Boots has never given to PW community.

any idea where we can obtain the hair from though?